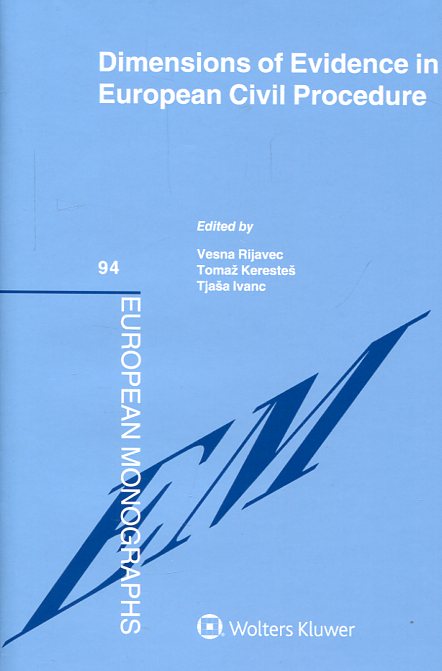 Greater efficiency in civil dispute resolution is very much dependent on organized but fair fact-finding. Under European law, however, no clear-cut categorization of means of evidence exists as yet, and significantly diverging interpretations persist of what is considered ‘evidence’ in the sense of the foundational Council Regulation (EC) No. 1206/2001 (EER). The EER fails to provide comprehensive rules for many other aspects of evidence taking, pointing instead to national legislation for solutions. As long as evidentiary rules remain different from country to country, there is an inherent risk of conflict of laws between different systems in the course of cooperation between courts in cross-border matters, leading to mistrust amongst judiciary and other participants in the proceedings.

Focusing on national rules, and using a comparative method which takes into consideration legal experiences from all legal circles in the EU, this book explains and analyses how the law of evidence works in Europe today. The authors draw on the vast base of relevant information collected in twenty-seven Member States by national reporters. Following the classical enumeration of types of evidence – production of documents, examination of witnesses, expert evidence, inspection by the judge, and examination of the parties – chapters encompass such issues and topics as the following.