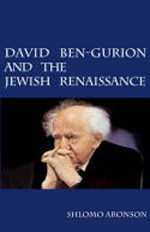 David Ben-Gurion and the jewish Renaissance

This book offers a reappraisal of David Ben-Gurion's role in Jewish- Israeli history from the perspective of the twenty-first century, in the larger context of the Zionist 'renaissance', of which he was a major and unique exponent. Some have described Ben-Gurion's Zionism as a dream that has gone sour, or a utopia doomed to be unfulfilled. Now - after the dust surrounding Israel's founding father has settled, archives have been opened, and perspective has been gained since Ben-Gurion's downfall - this book presents a fresh look at this statesman-intellectual and his success and tragic failures during a unique period of time that he and his peers described as the 'Jewish renaissance'. The resulting reappraisal offers a new analysis of Ben-Gurion's actual role as a major player in Israeli, Middle Eastern, and global politics.

Hitler, the Allies, and the Jews

Hitler, the allies, and the jews