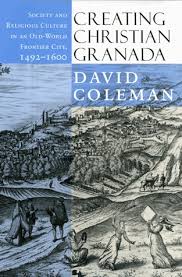 Creating Christian Granada provides a richly detailed examination of a critical and transitional episode in Spain's march to global empire. The city of Granada—Islam's final bastion on the Iberian peninsula—surrendered to the control of Spain's "Catholic Monarchs" Isabella and Ferdinand on January 2, 1492. Over the following century, Spanish state and Church officials, along with tens of thousands of Christian immigrant settlers, transformed the formerly Muslim city into a Christian one.

With constant attention to situating the Granada case in the broader comparative contexts of the medieval reconquista tradition on the one hand and sixteenth-century Spanish imperialism in the Americas on the other, Coleman carefully charts the changes in the conquered city's social, political, religious, and physical landscapes. In the process, he sheds light on the local factors contributing to the emergence of tensions between the conquerors and Granada's formerly Muslim, "native" morisco community in the decades leading up to the crown-mandated expulsion of most of the city's moriscos in 1569–1570.

Despite the failure to assimilate the moriscos, Granada's status as a frontier Christian community under construction fostered among much of the immigrant community innovative religious reform ideas and programs that shaped in direct ways a variety of church-wide reform movements in the era of the ecumenical Council of Trent (1545–1563). Coleman concludes that the process by which reforms of largely Granadan origin contributed significantly to transformations in the Church as a whole forces a reconsideration of traditional "top-down" conceptions of sixteenth-century Catholic reform.

In the light of the medieval Spain