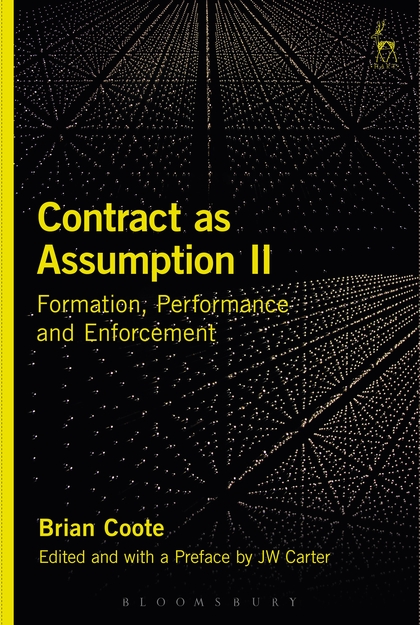 It has many times been said that contracts involve assumptions of obligation or liability, but what that means, and what it is that is assumed, have not often been discussed. It is to further such discussion that some of the author's previously published writings around this subject have been brought together in this book. His basic premises are that contractual obligation and liability in this context are two sides to the same coin and that an assumption of one is an assumption of both. Parties are bound not because liability has been imposed upon them by law as a result of their having entered into a contract but because, in the act of assuming, they have imposed it upon themselves. Contract provides a facility the purpose of which is to enable this to be done within the limits prescribed by law. The implication of these premises are much more significant than might be supposed when applied to such areas of contract as formation, consideration, intention to contract, exception clauses, privity and damages. The book concludes with a treatment of the role of assumption in tort. Because of the importance of its subject matter and its wide-ranging treatment, this book should appeal not only to teachers and postgraduate students of contract but also to practitioners in the field and to anyone else with an interest in contract theory.

Edited and with preface by J.W. Carter. 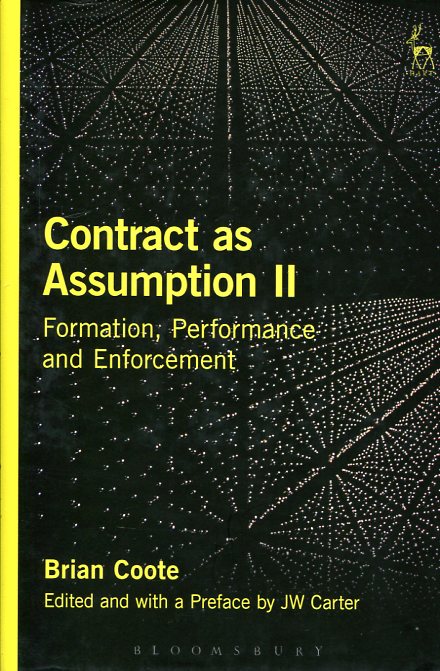