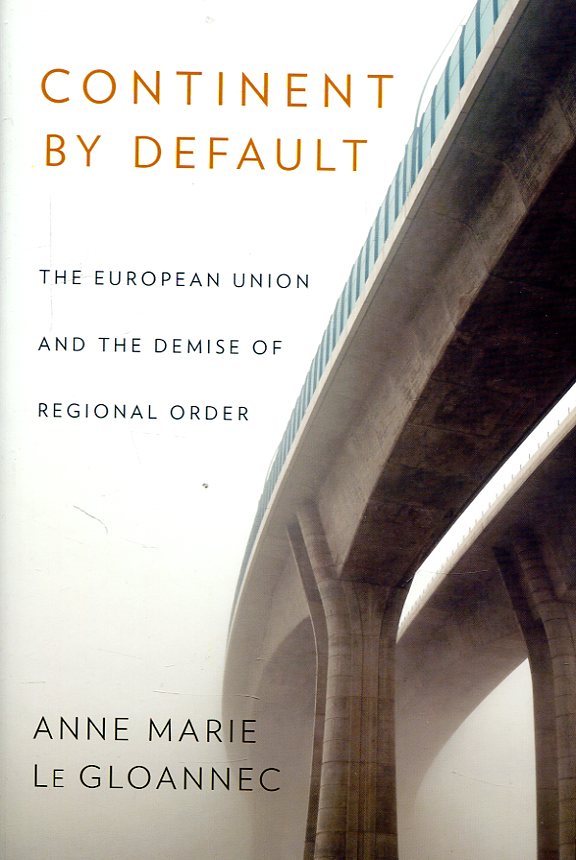 In Continent by Default, Anne Marie Le Gloannec, a distinguished analyst of contemporary Europe, considers the European Union as a geopolitical project. This book offers a comprehensive narrative of how the European Union came to organize the continent, first by default through enlargement and in a more proactive, innovative, but not always successful way. The EU was not conceived as a foreign-policy actor, she says, and the Union was an innocent on questions of geopolitics. For readers who may wonder how the EU arrived at Brexit, the invasion of Ukraine, and the refugee crisis, Le Gloannec ties events to the EU’s long-term failure to think in politically strategic terms.

Le Gloannec takes readers through the process by which, under the security umbrella of the United States, the European Commission engineered a new way for states and societies to interact. Continent by Default shows the Commission domesticated international relations and promoted peace by including new members?enlargement was the most significant tool the EU used from its inception to organize the continent, but the EU also tied itself to its regional neighbors through various programs that too often gave those neighbors the advantage. As Continent by Default makes clear, the EU cannot devise strategy because foreign policy remains the privilege of national governments. It is a geopolitical actor without geopolitical.