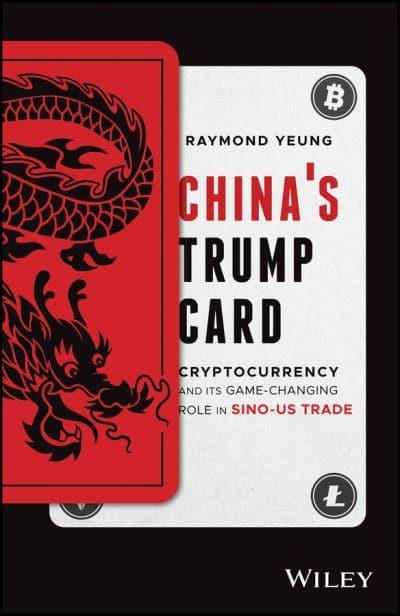 China's Trump Card: Cryptocurrency and its Game-Changing Role in Sino-US Trade grapples with the fascinating issue of the effect of digital currencies on world trade and the relationship between China and the United States in particular. Full of forward-looking insights, solid data analysis, extensive collection of relevant literature and incisive observations, author Raymond Yeung compellingly argues that cryptocurrencies will have a significant role to play in harmonizing geopolitical power struggles.

Covering all the subjects required for a full understanding of the future of the Sino-US trade relationship, China's Trump Card discusses:

The looming risks of de-dollarization in the wake of de-globalization
The pressing need to construct a new currency standard superior to the fiat money regime in response to the global imbalance.
China's diversification of its offshore portfolios to include alternative investments
The implications of Facebook's plan to create a blockchain-based digital currency
The fact that blockchain offers a fungible asset class option for China's reserves investment, which can be relatively independent of political considerations
This book is perfect for business leaders, investors, financial analysts, policymakers, economists, fintech developers and others who have a stake in the outcome of the blossoming trade disputes between the United States and China.