There has been a long tradition of interest in philosophy in the Islamic world, and it is the aim of these volumes to represent the lives of some of the major thinkers within this tradition. The notion of philosophy has been interpreted broadly to include a large number of intellectuals who were interested in conceptual issues that either directly relate to philosophy or form part of the background of Islamic philosophy as a whole. Included are details about the lives of significant legal thinkers, theologians, political thinkers and even geographers where their lives are relevant indicators of the progress of philosophy in the Islamic world. The Dictionary represents a landmark achievement in the understanding of Islamic philosophy, at a time when such understanding is needed as never before. It is set to become an indispensable reference work for students of Islamic and comparative philosophy.

An introduction to classical islamic philosophy 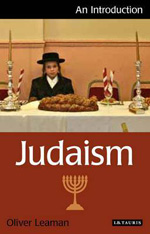