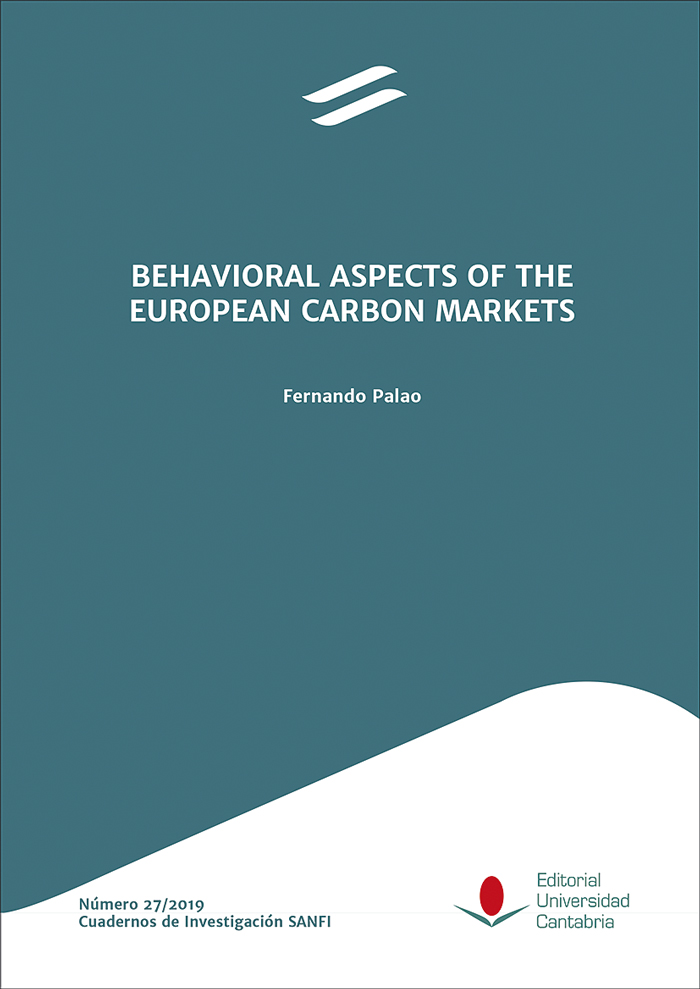 This work is based on one of the most researched fields nowadays in finance, known as behavioral finance, which proposes psychology and sociology based theories to explain market anomalies. Behavioral finance tries to fill the gap of classical financial models that, based on the idea of fully efficient markets where all the agents interact rationally between each other, are unable to explain mathematically some market behaviors. During the study the presence of four behavioral basis in the European Carbon Markets will be analysed. The first effect is the presence of price clustering, defined as the tendency to observe certain trade prices more frequently than others, is inconsistent with economic rationality and it is not in agreement with the idea that prices follow a random walk. Secondly, the feature of size clustering, the concentration of the size of trades at certain amounts, may prevent carbon traders from achieving optimal trade sizes. Next is studied the presence of psychological barriers, that can provide new insights about how returns and volatility can be affected by the proximity of carbon price to key levels. Finally, we investigate the presence of herding behavior by testing if carbon agents act in a sequence imitating each other. As the major findings, we can highlight the existence of price clustering where prices ending tend to be concentrated at round numbers ended in 0 and 5. Additionally, there it exists a size clustering effect where carbon traders tend to cluster their orders in small sizes and in round numbers multiples of five contracts. We also have shown the existence of key prices that modifies the behavior of carbon market actors. Finally, we show the existence of the herding effect in the European Futures Carbon Market despite of being a blind market and dominated by professional participants.