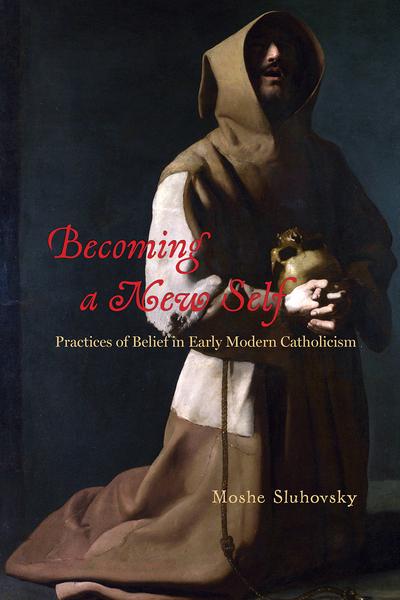 Becoming a new self
practice of belief in Early Modern Catholicism

In Becoming a New Self, Moshe Sluhovsky examines the diffusion of spiritual practices among lay Catholics in early modern Europe. By offering a close examination of early modern Catholic penitential and meditative techniques, Sluhovsky makes the case that these practices promoted the idea of achieving a new self through the knowing of oneself.

Practices such as the examination of conscience, general confession, and spiritual exercises, which until the 1400s had been restricted to monastic elites, breached the walls of monasteries in the period that followed. Thanks in large part to Franciscans and Jesuits, lay urban elites-both men and women-gained access to spiritual practices whose goal was to enhance belief and create new selves. Using Michel Foucault's writing on the hermeneutics of the self, and the French philosopher's intuition that the early modern period was a moment of transition in the configurations of the self, Sluhovsky offers a broad panorama of spiritual and devotional techniques of self-formation and subjectivation.