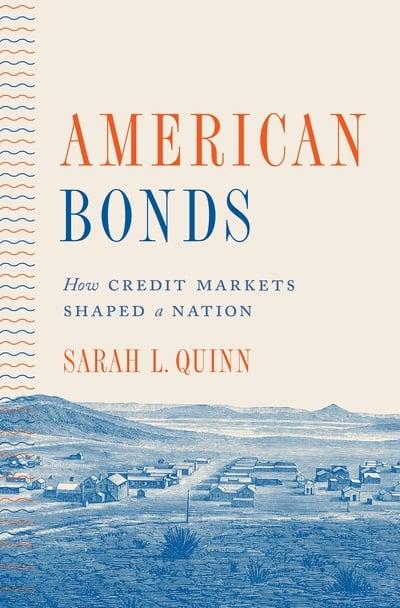 Federal housing finance policy and mortgage-backed securities have gained widespread attention in recent years because of the 2008 financial crisis, but issues of government credit have been part of American life since the nation's founding. From the 1780s, when a watershed national land credit policy was established, to the postwar foundations of our current housing finance system, American Bonds examines the evolution of securitization and federal credit programs. Sarah Quinn shows that since the Westward expansion, the U.S. government has used financial markets to manage America's complex social divides, and politicians and officials across the political spectrum have turned to land sales, home ownership, and credit to provide economic opportunity without the appearance of market intervention or direct wealth redistribution.

Highly technical systems, securitization, and credit programs have been fundamental to how Americans determined what they could and should owe one another. Over time, government officials embraced credit as a political tool that allowed them to navigate an increasingly complex and fractured political system, affirming the government's role as a consequential and creative market participant. Neither intermittent nor marginal, credit programs supported the growth of powerful industries, from railroads and farms to housing and finance; have been used for disaster relief, foreign policy, and military efforts; and were promoters of amortized mortgages, lending abroad, venture capital investment, and mortgage securitization.