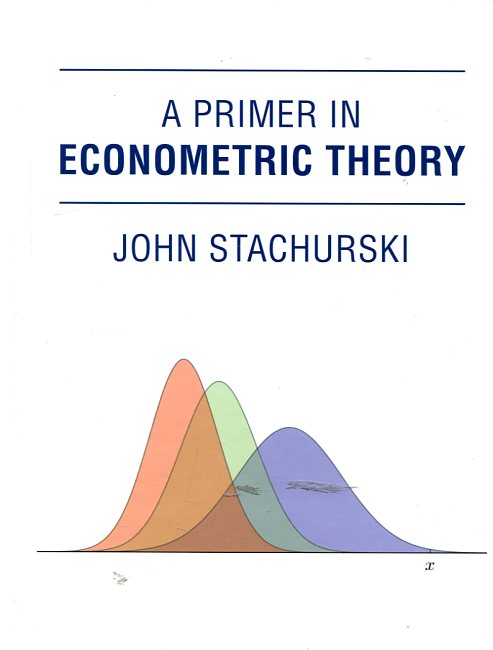 A primer in econometric theory

This book offers a cogent and concise treatment of econometric theory and methods along with the underlying ideas from statistics, probability theory, and linear algebra. It emphasizes foundations and general principles, but also features many solved exercises, worked examples, and code listings. After mastering the material presented, readers will be ready to take on more advanced work in different areas of quantitative economics and to understand papers from the econometrics literature. The book can be used in graduate-level courses on foundational aspects of econometrics or on fundamental statistical principles. It will also be a valuable reference for independent study. One distinctive aspect of the text is its integration of traditional topics from statistics and econometrics with modern ideas from data science and machine learning; readers will encounter ideas that are driving the current development of statistics and increasingly filtering into econometric methodology. The text treats programming not only as a way to work with data but also as a technique for building intuition via simulation. Many proofs are followed by a simulation that shows the theory in action. As a primer, the book offers readers an entry point into the field, allowing them to see econometrics as a whole rather than as a profusion of apparently unrelated ideas.