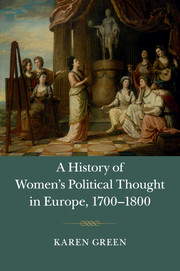 During the eighteenth century, elite women participated in the philosophical, scientific, and political controversies that resulted in the overthrow of monarchy, the reconceptualisation of marriage, and the emergence of modern, democratic institutions. In this comprehensive study, Karen Green outlines and discusses the ideas and arguments of these women, exploring the development of their distinctive and contrasting political positions, and their engagement with the works of political thinkers such as Hobbes, Locke, Mandeville and Rousseau. Her exploration ranges across Europe from England through France, Italy, Germany and Russia, and discusses thinkers including Mary Astell, Emilie Du Châtelet, Luise Kulmus-Gottsched and Elisabetta Caminer Turra. This study demonstrates the depth of women's contributions to eighteenth-century political debates, recovering their historical significance and deepening our understanding of this period in intellectual history. It will provide an essential resource for readers in political philosophy, political theory, intellectual history, and women's studies.

1. Early eighteenth-century debates: from Anne Dacier to Catharine Trotter Cockburn
2. Mary Delariviere Manley, Mary Wortley Montagu and Eliza Haywood: sexuality and politics in the works of Whig and Tory women
3. From the marquise de Lambert to Françoise de Graffigny: the ideology of the salons
4. Enlightenment women in Italy
5. From Hanover and Leipzig to Russia
6. Women's moral mission and the Bluestocking circle
7. Responses to Jean-Jacques Rousseau: from Octavie Belot to Germaine de Staël
8. Radical English women: from Catharine Macaulay to Helen Maria Williams
9. Anticipating and experiencing the revolution in France
10. Women and revolution in Italy, Germany, and Holland 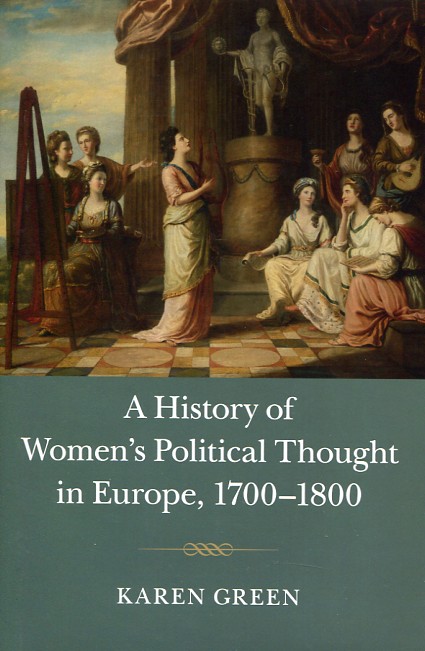