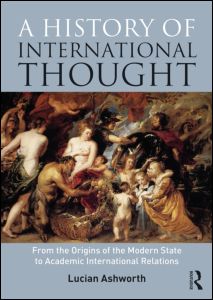 International thought is the product of major political changes over the last few centuries, especially the development of the modern state and the industrialisation of the world economy. While the question of how to deal with strangers from other communities has been a constant throughout human history, it is only in recent centuries that the question of ‘foreign relations’ (and especially imperialism and war) have become a matter of urgency for all sectors of society throughout the world. This book provides the first comprehensive overview of the evolution of Western international thought, and charts how this evolved into the predominantly Anglophone field of International Relations. Along the way several myths of the origins of International Relations are explored and exposed: the myth of the peace of Westphalia, the myths of Versailles and the nature of the League of Nations, the realist-idealist ‘Great Debate’ myth, and the myth of appeasement. Major approaches to the study of international affairs are discussed within their context and on their own terms, rather than being shoe-horned into anachronistic ‘paradigms’. Written in a clear and accessible style, Ashworth’s analysis reveals how historical myths have been used as gatekeeping devices, and how a critical re-evaluation of the history of international thought can affect how we see international affairs today.