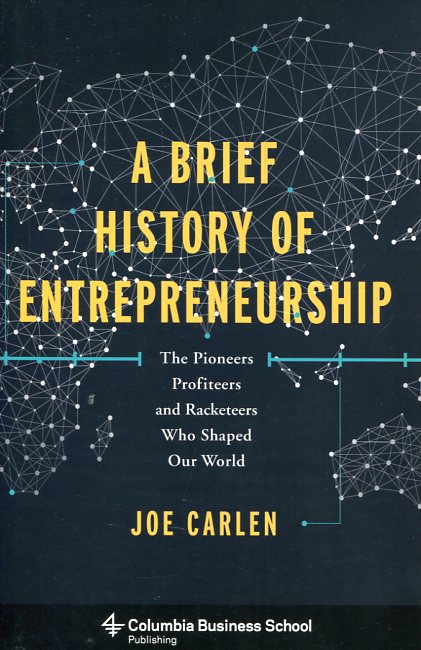 A brief history of entrepreneurship
the pioneers, profiteers, and racketeers who shaped our world

A Brief History of Entrepreneurship charts how the pursuit of profit by private individuals has been a prime mover in revolutionizing civilization. Entrepreneurs often butt up against processes, technologies, social conventions, and even laws. So they circumvent, innovate, and violate to obtain what they want. This creative destruction has brought about overland and overseas trade, colonization, and a host of revolutionary technologies-from caffeinated beverages to the personal computer-that have transformed society. Consulting rich archival sources, including some that have never before been translated, Carlen maps the course of human history through nine episodes when entrepreneurship reshaped our world. Highlighting the most colorful characters of each era, he discusses Mesopotamian merchants' creation of the urban market economy; Phoenician merchant-sailors intercontinental trade, which came to connect Africa, Asia, and Europe; Chinese tea traders' invention of paper money; the colonization of the Americas; and the current "flattening" of the world's economic playing field. Yet the pursuit of profit hasn't always moved us forward.